Home  ›  News  ›  Why Hire a Detection Dog: How To Stay One Step Ahead

Why Hire a Detection Dog: How To Stay One Step Ahead 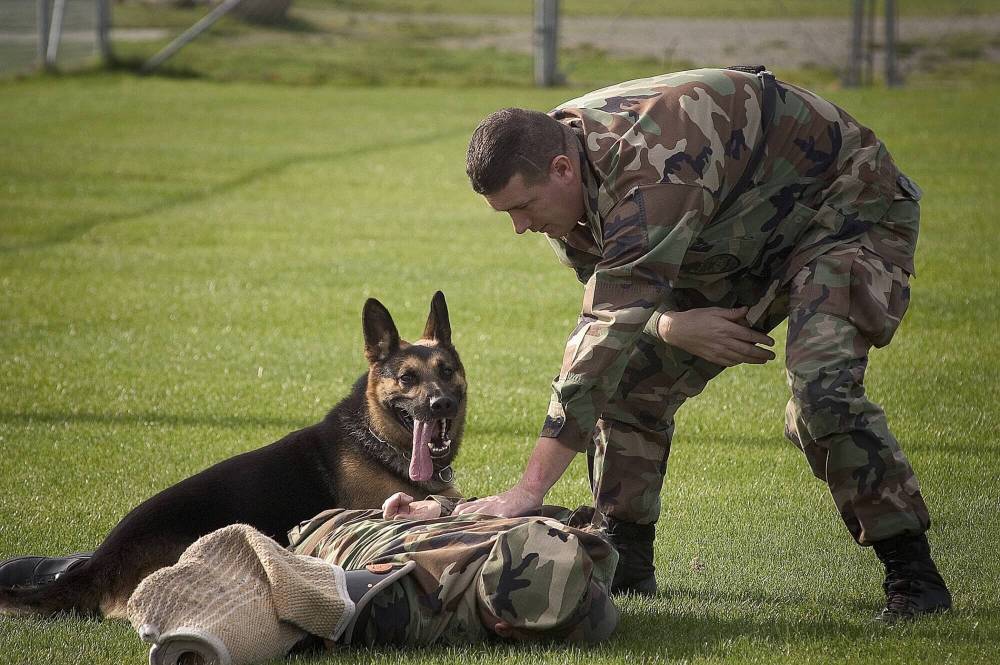 Do you need a detection dog? If you are the manager of a large building or the host of a gathering or event, you will want to make sure they are as safe and secure as possible. No matter how large or small they are one of the keys to their continued success will be to ensure that no threats or dangers come into contact with the people there.

It is not only airports or high-security spaces that require safety precautions. Today, you can never think too much about people's safety. One-third of American adults told one survey that fear of mass shootings prevents them from going to certain places or events.

But it's not only the threat of violence that you may want to prevent. Harm can come to people in many other forms. For example, people sneaking alcohol or illicit drugs into places where they aren't allowed.

No matter what kind of negative activity you are trying to prevent, a detection dog can help. Not just for the police or airport security, you can hire your very own detection dogs for all your security needs. Read on to find out more about what they can do for you.

What a Detection Dog Can Do

You may have seen representations of detection dogs busting crime on TV. But how accurate are these in actuality? What can and can't detection dogs do?

One of the most common and well-known jobs a detection dog does is sniffing out drugs. This might come in handy in a number of different situations.

If you're planning a party or event and you want to catch people trying to sneak in illegal drugs, drug detecting dogs can help. If you're the head of a school or college where you want to eradicate the use of drugs on campus, you may choose to bring in a detection dog. If you suspect a friend or family member is abusing drugs, but you don't want to confront them without any proof, then a drug detection can help confirm or alleviate your suspicions.

One of the biggest advantages of 3DK9 detection dogs is that—unlike police dogs—they have been trained to detect legal drugs and substances that people commonly abuse as well as illegal drugs.

Many people abuse drugs that are perfectly legal. If you're the owner of a rehabilitation facility, for example, you'll want to make sure there are absolutely no substances on site that could be abused. So, what kind of substances are drug sniffing dogs able to pick up on?

Dogs are intelligent and teachable creatures, as such they can be trained to pick out any scent. Some of the types of legal substances they are capable of detecting include Xanax, Adderal, opioids, and Kratom. Of course, they also detect illegal drugs like heroin, marijuana, cocaine, MDMA, and methamphetamines.

Sniff Out Bombs and Explosives

It is perhaps a less well known—but no less important—fact that dogs are also often used to sniff out explosives. In airports, museums, and even in the army dogs are considered to be second to none when it comes to accurately detecting the presence of explosives.

In order to become so precise in their work, explosive sniffing dogs must be rigorously trained. This includes simulations of real-life situations so that they are not phased by large crowds or unexpected sounds and smells.

There are hundreds of different chemical scents that bomb detection dogs are taught to imprint in their brains. When explosive sniffing dogs detect a certain combination of some of these scents, they are able to identify it as an explosive and alert their trainer immediately. Once this happens, local law enforcement will be contacted right away.

When you hire explosive detection dogs for your building or event, it gives any people that are there the peace of mind that the security is under control. It is also possible to hire the dogs and their trainers on a covert basis if you feel this is more appropriate.

One of the most impressive things about sniffer dogs is how intelligent they are. They can be taught to detect almost any scent you want them to with the right type of training. This is great if you have something other than drugs or explosives that you'd like to ban from your space or event.

For example, dogs can be easily trained to detect all kinds of firearms. They are also excellent at sniffing out gunpowder, which can be a telltale sign a gun has recently been fired.

As well as this, there are many other types of contraband that you may—for whatever reason—want to forbid from entering a specific area. These can include things such as cell phones, alcohol or other illicit substances.

You may want to keep these things out of a school, a concert, or from being carried in a vehicle like a bus or a car. No matter where or what the reason is, detection dogs can help to prevent people from bringing contraband in.

Our Promise to You

At 3DK9, our ultimate goal is to ensure the safety of those we are hired to protect. All dogs and dog handlers go through an extensive and rigorous training process to be able to navigate whatever a situation may throw at them. In the event that they do encounter contraband or potentially dangerous items, they are well trained in the proper protocols.

If you'd like to increase the overall safety and security of your building, gathering, or event, consider hiring a detection dog. If you'd like to learn more about the services we offer, please get in touch today.