The Role of Dogs in a Bomb Search 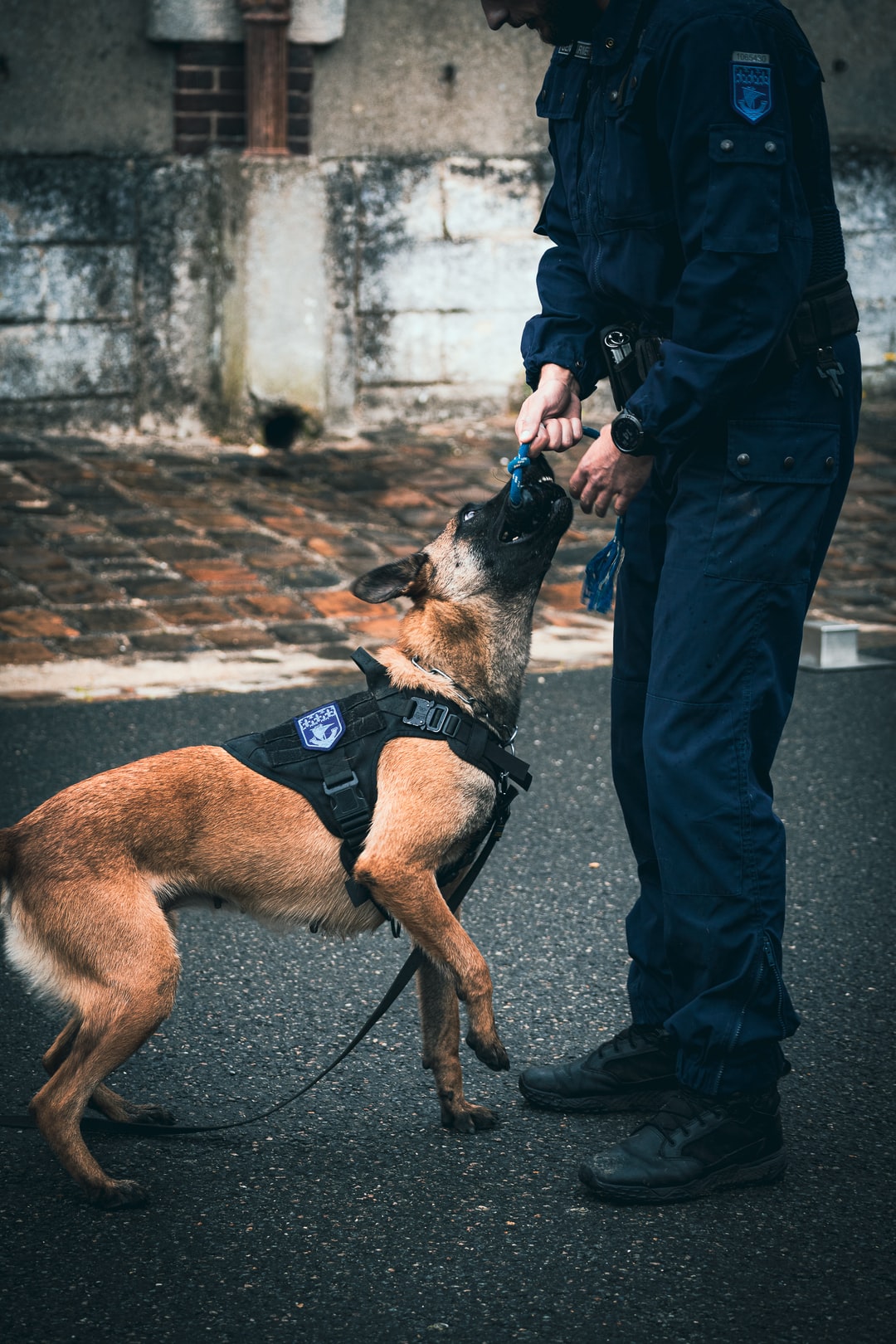 Bomb threats are serious, no matter if it's a verbal threat or one given on the telephone. Taking quick action after receiving a bomb threat can save yourself and hundreds of other people.

Upon receiving a bomb threat, bomb-sniffing dogs step onto the scene. These dogs are trained to locate bombs and save innocent civilians.

How exactly are these exceptional dogs trained? And how does it work? We'll answer these questions and more in the guide below.

They're Not Your Ordinary Sniffers

Did you know that while humans have 6 million olfactory receptors, dogs have about 300 million?

Every dog knows how to sniff out crumbs left on the floor. If you have a pup, it probably comes running into the kitchen as soon as you start making dinner.

However, bomb dogs know how to ignore the unnecessary. These special canines use their noses to sniff out particular chemicals used in bombs.

Dogs are also able to separate streams of air while inhaling through their nose. Incoming air splits 2 paths- one for smelling and the other for breathing. This way, law enforcement dogs are able to efficiently work to sniff out C-4 chemicals.

Explosive-sniffing dogs typically begin their training between the ages of 1 to 3 years. Younger dogs are easier to train because they're often more eager and willing to participate.

The various industries source their dogs from different places. Customs and Borders protection adopt many of their dogs from shelters but also adopts several from families and breeders.

The military most often adopts from specific breeders, but they must screen the dogs before making their final selection. They run X-rays and other procedures to choose the best of the best.

It seems as if every puppy comes into this life knowing the smell of bacon. We don't know if science can prove this, but we do know it's harder to get dogs to be familiar with the smell of C-4 chemicals than those of sizzling pork.

But this is the first step! The bomb dogs in training are introduced to the smell of chemicals often used in bombs. This part of the training process is tedious.

Each time a dog sniffs a sample held out by the trainer, it receives positive reinforcement. Simply sniffing earns the dog a treat or verbal praise.

Next, trainers want to see if the dogs can follow the smell.

Trainers hide training explosives (not real bombs) in mock setups or puzzle-like formations. The dogs receive a reward if they follow the trail of the scent.

The bomb-sniffing squad members sit down once they locate the source of the smell. Jumping and pawing aren't encouraged. There's no room for rowdy behavior around a bomb!

The formula most dogs and their trainers follow is: Sit, Stay, and Pay. They get paid by treats, of course.

Speaking of payments, did you know some bomb dogs cost more than yearly college tuition? Some breeders charge around $25,000 for top-notch pups. The training then costs thousands of more dollars.

Note: In real-life situations, the military trains the dogs in a bomb sweep to return to troops once sniffing out the bomb. This is to prevent the dog from injury or death during an operation.

Yes, any breed of dog can train to become a bomb dog. However, there are several breeds regarded as the best of the best in this industry.

Top dogs of the industry include:

These dogs are often used because they keep calm and focused in crowded scenes, such as airports. They're also driven by play. In this case, they're playing a game called 'Find the Explosive'.

Even if a dog is an ideal breed, it's released from training if it's too aggressive. Trainers can't afford dogs targeting people in a time-sensitive scenario.

In order to reduce bias and aggression in the industry, some trainers use a diverse group of people to hold training materials. The "bad guy" might be anyone from an 80-year-old grandma to a 10-year-old kid with a backpack.

Humans are expected to work 8-hour shifts. We slam a few cups of coffee, relax on a lunch break, and keep going until it hits 5 pm.

The pups aren't expected to work this long. Staying alert and watching for danger takes a lot out of you, especially as a young dog.

Handlers are trained to watch their dogs throughout the day. If a dog seems weary, the handlers switch out the dog.

At the end of the day, the sleepy pups go home with their handlers to get a good night's rest and some delicious food. They also get plenty of playtime and cuddles for working hard, just like any other ordinary dog.

To keep innocent civilians safe, bomb-sniffing dogs are trained to work across a variety of environments. You can often find these special dogs at airports, law enforcement agencies, and most military operations.

Training a dog to sniff out explosives isn't easy, but the investment is well worth it. These magnificent canines have saved hundreds of lives and will continue to save more.

Are you in need of dog security services? You can trust 3DK9 to protect your work, school, etc. Schedule a consultation with us today.