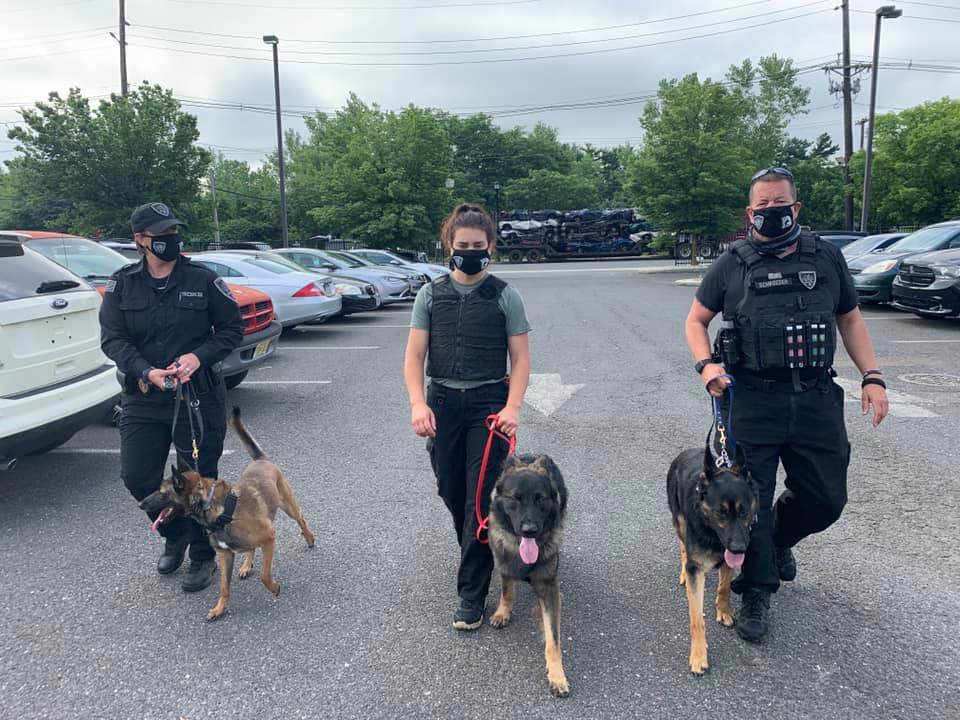 Trained protection dogs promote security in two ways – by using their ability to detect scents, and by physical intimidation and force.

First, scent detection. Everything has a smell. Some are obvious and can be detected by many living things – the smell of fresh food, for example, is almost universally recognized by living creatures in search of sustenance. Other odors can’t be detected by humans but are detectable by dogs. Because of their keen sense of smell and ability to discern a particular smell from among many scents, detection dogs are a potent weapon in the fight against illicit drugs, explosive devices and smuggled contraband because they can be trained to pick out the distinctive odors of these items.

Dogs can be trained to detect a variety of scents and substances:

detection is important because people who abuse drugs put themselves and others at risk. That’s because misused substances can impact reasoning ability, reduce or remove inhibitions, reduce the ability to react to surroundings and circumstances, and cause confusion and disorientation. All these reactions to substances can put the drug abuser, and those around them, in potentially dangerous situations. Narcotics trafficking also is a focal point for criminal activity, as all drug abusers must access the trafficking network to maintain their supplies. Narcotic sniffing dogs help to identify drug abusers who can then be directed into rehab or the justice system, removing the threat of harm to innocents and putting the abuser on a path to recovery and improved health.

detection dogs offer the same security with respect to explosive devices, helping to keep large buildings, workplaces and crowded event venues free from a disruptive, dangerous detonation. Bomb sniffing dogs are one of the most common tools used in ensuring safety and security at airports and other transportation hubs, concert and sports arenas, hotel and convention centers and even outdoor areas like those used for festivals.

Many people aren’t aware that dogs can be trained to detect various forms of contraband. What is contraband? You might think in terms of a prison or other secure facility, where narcotics and anything adaptable as a weapon would naturally be banned. But contraband comes in many forms. Schools, workplaces and event venues may additionally ban alcohol, guns, and knives. In certain settings, cell phones are considered contraband, as they are commonly used by criminals to organize illegal activity and detonate bombs. As with bombs and narcotics, detection dogs are readily trained to sniff out these banned substances, increasing safety and security throughout the targeted facility.

The second major component of K9 security services is physical protection. Dogs can be trained to guard and defend people or property. In these instances, the dog is coached to remain calm and composed until a danger is detected. In threatening situations, they will respond as trained with intimidation (such as growling) and, if necessary, a physical response.

At 3DK9 Detection Services, we offer both discreet as well as overt protection services. In many cases, just the presence of a trained guard dog is enough to deter individuals intent on doing harm or engaging in illegal activity. In addition, trained guard dogs can alleviate an innocent individual’s anxiety while still delivering precise and skillful protective services. And, when working at a large facility or venue, our K9 dog and handler teams coordinate with local law enforcement and comply with all applicable laws, offering clients seamless service and protective coverage.

Who Can Benefit from K9 Detection Services?

Our services are suitable and adaptable to a variety of needs:

Security needs are varied, and at 3DK9 Detection Services, we pride ourselves on providing customized, individualized security solutions. Whether you’re protecting yourself, your home, your business, or a large gathering place or venue, we can help you put together a plan to detect, defend and deter. Call 3DK9 Detection Services today at 855-561-3647 to discuss the right K9 security options for you.