How Are Explosive Detection Dogs Trains?: An Insider Look 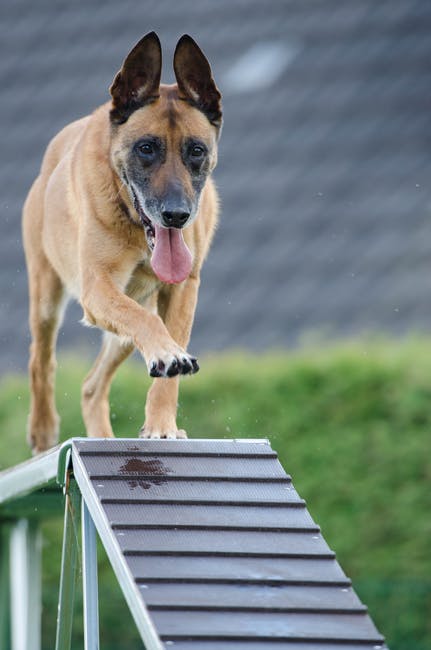 Are you the owner of a residential, commercial, or government service that sometimes faces security concerns?

You might have hired security guards or notified law enforcement about threats, but have you considered hiring dogs for explosive detection? Explosive detection dogs (EDDs) aren't just used by the military in war zones. These dogs and their handlers are pre-emptively deployed by the private sector, even without a direct threat.

Scientists say that a dog's sense of smell is between 10,000 and 100,000 times more powerful than ours. It's easy to see why they have such natural potential for explosive detection training.

We will explain how this training works and why EDDs are an essential tool for addressing modern security concerns. Read on!

All dogs have a sense of smell that's far superior to humans, but they aren't all cut out for detecting explosives. Certain breeds have characteristics that make them a better fit for this specialized work before training even begins. For bomb-detection, three stand-out breeds perform better in the field.

German Shepherds are often preferred because they are motivated by "play reward," such as access to a toy.

The second breed, the Labrador Retriever, tends to be more motivated by the "food reward" training method. This can limit the number of drills that a dog handler can perform as the dog loses its hunger. For this reason, meals are usually kept back until after training sessions, and small treats are used for rewards.

The third breed is the Belgian Malinoises/Shepherd. Some breeders are still experimenting to see if they can get the best advantages out of several breeds.

Dog handlers are likely to have set criteria to perform tests on potential candidates. They will assess their emotional reactivity, fearfulness, and social/non-social fear levels.

Candidates will likely be 1-1.5 years old and will have already undergone non-specialized training. 'Puppies Behind Bars' is a program that supplies a lot of socialized dogs to handlers.

If you want to know how dogs can detect explosives, you'll need to understand a little bit about the biology of smell in canines. Dogs have a large nose, 40 times as big as ours, with about 50 times as many smell-receptors. About one-third of the dog brain processes smell vs. our 5%.

Dogs even smell with a secondary organ, known as the vomeronasal. This secondary olfactory system picks up pheromone chemicals for mating purposes.

Because they exhale through slits on the side of their noses, dogs can smell while breathing for long stretches - as long as 40 seconds. Humans also tend to identify smells as blends of chemicals, instead of the chemicals themselves, like dogs. Rather than smelling a Semtex plastic explosive, the dog detects the odor of RDX, which is only one ingredient.

Some handler training programs will include real bomb-technicians. These experts can advise teams on emerging threats and new improvised explosive devices (IEDs) that are being seen. Out of tens of commonly known explosive odors, home-made explosives require a constant and evolving training plan.

Before you can offer explosive detection dogs for hire, they need constant reinforcement. This is because they must perform specific tasks and routines. The hunting instinct might be providing tasks with an inherent reward, but an additional reward is needed to correct behavior.

Canine-handlers will drill smells with constant repetition. This process of imprinting, or olfactory training, is a Pavlovian process. It's also known as classical or respondent conditioning and is very effective with a well-selected dog.

100+ cans might be used in training, contain different odors, and the dog is trained to sit down next to a suspicious odor to earn a reward. At the start of training, a reward is given to recognize the correct identification of a target scent, but might later be given for obeying a command.

The dog and handler they train with tend to stay together for about 8-9 years of service.

The dogs will eventually develop a finely-honed inventory of suspicious odors. At this point, it's time for the training to mimic situations that they're likely to encounter in the real world. Search patterns and directional cues must also be learned.

Simulations of searches will be performed in mocked-up environments, such as buildings, offices, public transport, vehicles, and crowds. Sweeps will be routinely performed on cargo like wrapped-palettes. EDDs will also need to train with moving objects such as backpacks or other luggage items.

Dogs that can detect explosives are smelling chemical vapors/volatiles and are trained to sniff specific areas of targeted objects. They might focus on a suitcase seam or the underbelly of a boxed-goods shipment because the chemical vapor is heavy and sinks. As well as play or food rewards, an exaggerated vocal tone is typically used by the handler to communicate.

"Air-scenting" is the search technique used as the dog analyzes the odor on a molecular level. Odors used to mask a suspicious substance from humans are ineffective at fooling a detection dog. This is because the dog is smelling on a far smaller scale than humans can.

If you're a private citizen in the lower 48 United States, we can protect you from any form of danger. We are a dog explosive detection service, using a highly-trained K9 team to defend, detect, and deter against danger.