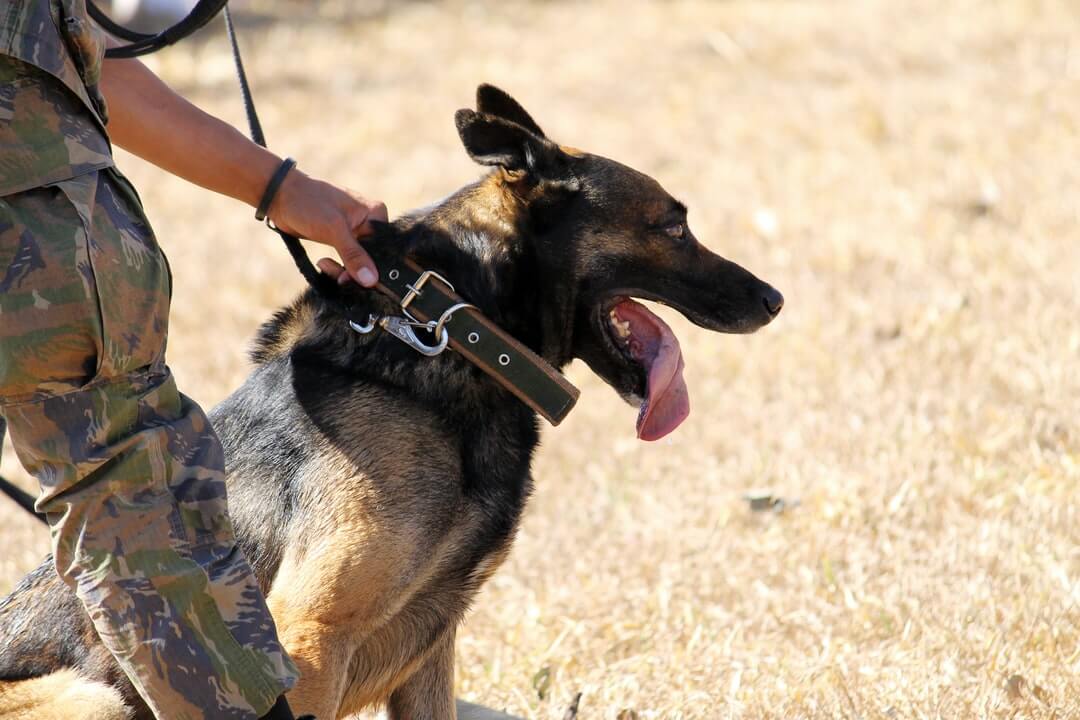 On January 13, 2022, K9 Yeko detected 9 kilograms of fentanyl in Oklahoma. The Oklahoma Bureau of Narcotics reports this has a street value of $3.6 million. It’s enough for drug dealers to make more than 90,000 counterfeit pills.

The work of K9 Yeko and other drug dogs saves countless lives every year. This increases public safety in many different settings. Keep reading to learn more about the benefits of these specially trained dogs.

Did you know that a dog’s sense of smell is 10,000 to 100,000 times more acute than humans? In general, dogs have 50 scent receptors for every human one. The mucus coating keeps the dog’s nose moist which helps grab scent particles.

The tissue folds in their noses separate breathing and smelling. This allows them to detect human anxiety, fear, and sadness. Trained drug dogs learn to focus on specific scents and ignore thousands of other smells.

The Department of Homeland Security uses CBP dogs as part of their protection force. These dogs work as a team to identify and stop terrorists. Their duty includes detecting controlled substances and terrorist-connected contraband.

Drug dogs work with police officers in many capacities. This can include capturing fugitives, search and rescue, and illicit drug detection.

The U.S. Supreme Court has deemed drug dog searches lawful in specific circumstances. One example is during a lawful traffic stop when the officer has reasonable suspicion of a crime. In this case, a drug dog sniff isn’t legally considered a search.

Individuals don’t have a lawful expectation of privacy. Thus, if the dog finds illegal contraband in the vehicle, the officer will seize it and arrest them. This procedure is helping to fight the war on drugs.

Drug dogs are often used at large public gatherings such as concerts and sporting events. Having drug-sniffing dogs present sends a message to the attendees. This event won't tolerate illegal activity.

Taking this extra step enhances the impression of the event’s professionalism. Attendees feel a greater sense of personal safety. Positive participant experiences increase the chance they will return in the future.

The same is true for your concert performers. They don’t want to go to events where they feel like personal safety is at risk.

If attendees know that drug dogs will be on duty, they’re less likely to bring in illicit substances. Now everyone can relax and enjoy the event.

The Fourth Amendment protects Americans from unreasonable search and seizure. Students don't have a reasonable expectation of privacy while they’re attending school. This means it’s legal for drug dogs to search schools to detect illicit substances.

This creates a safer environment for all students. It also helps maintain a drug-free place for learning to take place.

The Port of Seattle Police Department has K9 “officers” working with human partners. They’re trained to identify narcotics and explosives that criminals may try to bring in. They conduct search patterns in warehouses, vehicles, waterfront cargo, and open fields.

The Best Canines for Detection Dogs

So, which breeds make the best dogs for sniffing drugs? The following ranks the top choices of canine breeds for this training.

German Shepherds were the first breed to work with police officers and the military. They’re one of the smartest breeds and enjoy learning and working with people.

Their strength and speed make them great at chasing down fleeing suspects. German Shepherds are also are good at drug detection and search and rescue missions.

A close relative of the German Shepherd is the Belgian Malinois. Military and police forces are choosing this breed more often today. This is because they’re smaller and react faster in the field.

You’ll also find them used in public settings, such as airports. They're great at sniffing for narcotics and bombs.

One of the best and most recognized breeds for tracking is the bloodhound. They’re able to follow a scent trail that’s more than 130 miles away. Even if the trail is 300 hours old, the bloodhound can still track it.

These traits make them good drug-sniffing dogs for use with law enforcement. They're also used for search and rescue.

While you may find this a surprising choice, they have some of the best noses for finding drugs. Their wide nostrils allow them to catch the scents of narcotics. They also assist in locating human remains and even counterfeit money.

During World War I, boxers served alongside military personnel. They often carried messages back and forth to troops right in the middle of the crossfire.

This breed has high energy and is very athletic. This makes them great at apprehending fleeing suspects.

This breed is easy to train as drug and/or bomb-detecting dogs. You may see them working in airports, harbors, or other locations.

Are You Looking for a K9 Training Program?

Drug dogs serve a vital role in fighting the war on drugs. At 3DK9, we’re devoted to training dogs to fulfill this role. Our proven techniques teach dogs to sniff out narcotics, explosives, and contraband.

They also receive training to serve as guard dogs. You can rely on their efficient and accurate detection of threats.

Our professional training staff is proud to be part of the mission to Defend, Detect, and Deter. Schedule a consultation today to learn more about our services.